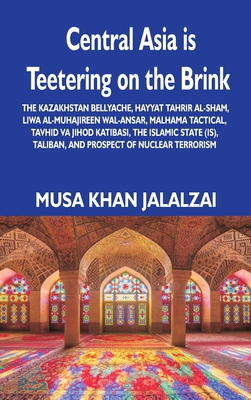 The establishment of Taliban's Suicide Brigade once more generated pain in the neck of Central Asia, Russia and Europe. Deployment of suchlike Suicide Brigade next door to their borders is a major mainspring of consternation in the region. Central Asia and Europe refused to recognise the Taliban government and forewarned deployment of over 6,000 fighters of Suicide Brigade. Recent violence in Kazakhstan has proved my prognostication that terrorist and extremist organizations based in Afghanistan will attack Central Asian states with nuclear or biological weapons. There is a strong possibility that these groups may potentially attack civilian, military and nuclear installations in Central Asia and Europe for the reason that they have retrieved professional capabilities to use a Dirty Bomb. Nuclear terrorism remains a constant threat to peace in Central Asia and Europe. A new addition to the list of terrorist organizations is Tablighi Jamaat of Pakistan that has established strong extremist networks in Pakistan, India and Bangladesh. The Tablighi extremist units recently exhibited their power and professional capabilities by organising sarcastic elements against Kazakhstan's government in January 2022. Recent events in Kazakhstan and Tajikistan have raised the prospect of extremist and jihadist groups using biological, radiological and chemical weapons against military installations and national critical infrastructure in both states. The greatest threat to the national security of Russia stems from the business of nuclear smuggling and state sponsored terror groups operating in Central Asia.