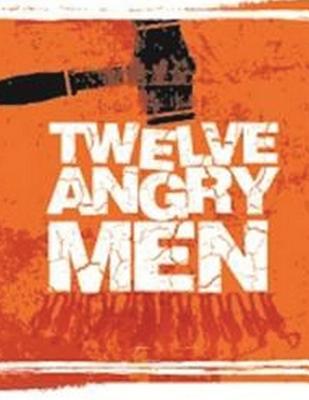 By Reginald Rose
$7.75
Email or call for price.

The Penguin Classics debut that inspired a classic film and a current Broadway revival
Reginald Rose's landmark American drama was a critically acclaimed teleplay, and went on to become a cinematic masterpiece in 1957 starring Henry Fonda, for which Rose wrote the adaptation. A blistering character study and an examination of the American melting pot and the judicial system that keeps it in check, "Twelve Angry Men" holds at its core a deeply patriotic belief in the U.S. legal system. The story's focal point, known only as Juror Eight, is at first the sole holdout in an 11-1 guilty vote. Eight sets his sights not on proving the other jurors wrong but rather on getting them to look at the situation in a clear-eyed way not affected by their personal biases. Rose deliberately and carefully peels away the layers of artifice from the men and allows a fuller picture of America, at its best and worst, to form.

Reginald Rose (1920-2002) won three Emmy awards for television writing as well as an Oscar for the feature-length adaptation of "Twelve Angry Men."

David Mamet 's "Glengarry Glen Ross" won the Pulitzer Prize for drama in 1984. He is also the author of "Writing in Restaurants" and "On Directing Film," both available from Penguin.