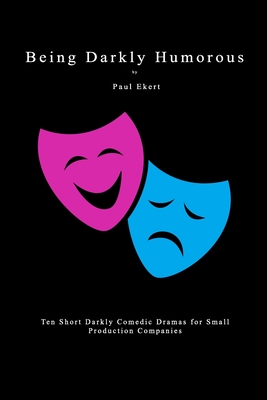 A robot looking to be alive.
A penguin infused with Evil power
A writer literally on the edge.
A dead man realising death is just the start of his problems.

Just some of the ten plays collected in this book that are specifically aimed at small theatre companies with low budgets. With that in mind: Stage managers will be delighted to realise that each set requires a minimum amount of furniture; actors will be pleased to know there are a minimum number of props required, and the tech crew will be pleased to hear there is only a very sparse smattering of sound FX's.

The majority of these plays have been performed in various venues around the world; the ones I have personally witnessed took place at the Henley Fringe, the Oxford Fringe, and the Camden Fringe, to name but a few. Yes, these plays are very fringe friendly and usually work if you pick four that can be performed by the same actors. Pick any four. They all go down well; they all get a laugh.

Speaking of which, all the plays are of a specific dark humour, for which I make no apology.