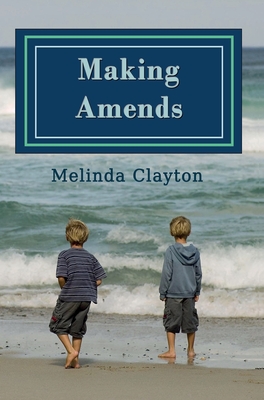 By Melinda Clayton
Please email or call us for pricing on this book.

On a beautiful fall evening, in the middle of a game of hide-and-seek, five-year-old Bobby Clark is kidnapped by his estranged father, a shiftless man with a history of domestic violence and drug abuse. Bobby's twin brother Ricky watches, terrified, from his hiding place behind the bougainvillea, while mother Tabby, who also struggles with addiction, lies inebriated on the living room floor.

Bobby isn't seen by his loved ones again until a fateful morning twenty-five years later, when video of his arrest dominates the morning news. He has been charged with the murder of his father, but before the trial can begin, he manages to escape.

As Tabby and Ricky absorb the news of Bobby's return and subsequent escape, Tabby is convinced he'll come home to the quiet Florida street from which he was taken so long ago. But when events begin to spiral out of control, she's left to wonder: is a child born to be evil, or shaped to be evil? And in the end, when it's time to make amends, does it really matter?