Unstuck in Time: A Memoir and Mystery on Loss and Love (Paperback) 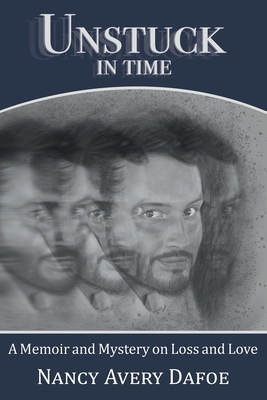 Unstuck in Time, A Memoir and Mystery on Loss and Love is a hybrid memoir focused on the sudden death of the author's 32-year-old son and a journey through grief. This memoir reveals dual mysteries: why an apparently healthy, athletic young man dies suddenly and how he remade himself before his death. Culturally timely, Unstuck in Time takes readers through parallel passages, one through the author's grief-revelations about her son's illnesses come too late-and through the author's confrontation with national grief over loses due to a world-wide pandemic.

Stricken with a rare genetic disorder Marfan syndrome, the author's son was also found to have had stage four non-Hodgkin's lymphoma that no one was aware of until a medical examiner's surprising discoveries at autopsy. What was known before his death was that Blaise had conquered his addiction to drugs, finding grace in his journey. This non-traditional memoir is also a philosophical meditation on time, love, death, and finding hope again after great loss. Structurally experimental, the memoir is shaped through an anachronistic examination of the life of the author's son in prose and poetry, mirroring the way in which memory continually interrupts present. Unstuck in Time offers a window into the life of a boy become man, retaining elements of mystery, as does the strangeness and wonder of life itself.