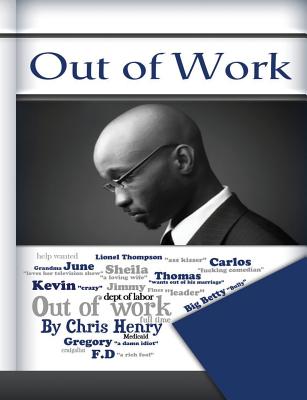 By Chris Henry
Email or call for price.
Backordered

Lionel Thompson is the main character in the BOOK and he's about to know what it feels like to be Promoted, and Demoted within a few weeks apart. His employees will be laughing at him when it happens, but they won't be laughing for long after they find out that a new CEO has just entered the building. And being 'Out of Work' came sooner than everyone had expected

This is a story about a guy who settled in a position at Allen Shields. After a few years of ass kissing, he got a big promotion that placed him right at the top, except now he's managing a warehouse full of people who hate his guts. As a result, Lionel changed overnight and became the meanest boss anyone could ever work for. Even Lionel's wife could see a change in him. Sheila wasn't happy with the person that he became, nevertheless, she continued to support him. Hate from his employees grew by the day and it didn't take long for Lionel to realize that working as a Plant Manager wasn't what he expected.

By far this is one of the best kindle books to purchase "Out of Work" is also available in Paperback as well.