Bardo or Not Bardo (Paperback) 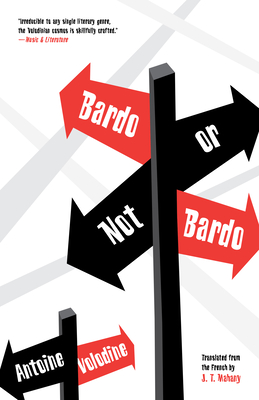 One of Volodine's funniest books, Bardo or Not Bardo takes place in his universe of failed revolutions, radical shamanism, and off-kilter nomenclature.

In each of these seven vignettes, someone dies and has to make his way through the Tibetan afterlife, also known as the Bardo. In the Bardo, souls wander for forty-nine days before being reborn, helped along on their journey by the teachings of the Book of the Dead.

Unfortunately, Volodine's characters bungle their chances at enlightenment, with the recently dead choosing to waste away their afterlife sleeping, or choosing to be reborn as an insignificant spider. The still-living aren't much better off, making a mess of things in their own ways, such as erroneously reciting a Tibetan cookbook to a lost comrade instead of the holy book.

Once again, Volodine has demonstrated his range and ambition, crafting a moving, hysterical work about transformations and the power of the book.

Antoine Volodine is the primary pseudonym of a French writer who has published twenty books under this name, several of which are available in English translation, such as Minor Angels, and Writers. He also publishes under the names Lutz Bassmann and Manuela Draeger.

Antoine Volodine is the primary pseudonym of a French writer who has published twenty books under this name, several of which are available in English translation. He also publishes under the names Lutz Bassmann and Manuela Draeger. Most of his works take place in a post-apocalyptic world where members of the "post-exoticism" writing movement have all been arrested as subversive elements. Together, these works constitute one of the most inventive, ambitious projects of contemporary writing.J. T. Mahany is a graduate of the masters program in literary translation studies at the University of Rochester. He is currently translating several books by the enigmatic and intriguing French author Antoine Volodine while studying for his MFA at the University of Arkansas.