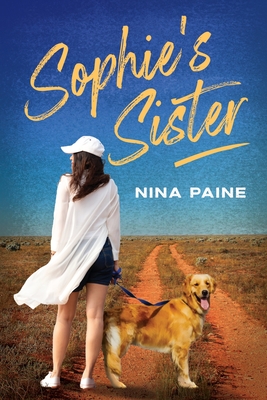 Sophie doesn't know there's a dead girl in her head.

Georgia and Sophie met before they were born. They would've been twins, but Georgia didn't survive the pregnancy. No-one ever knew there were two of them, but Georgia managed to stay with Sophie; she became a constant inner voice in Sophie's life - an often conflicting one to Sophie's own, as well as a largely annoying one; one who tried to push Sophie towards a more exciting life. Sophie, however, was content with her life and didn't like being pushed.

Sophie is a graphic designer and illustrator; happily single, although curious about a man in a broad-brimmed hat who she passes while out walking with her dog, Cujo. When work hands her the opportunity to join freelance photographer Clinton West as he drives from Perth to Sydney to cover a story for publishing company Gedup'n'go - a dive at Cocklebiddy Cave, deep below the Nullarbor Plain - she turns it down. Georgia's anger and frustration at Sophie's boring life, however, reaches boiling point. She decides to break free and go without her.

Sophie's Sister allows us to see what happens when both sides of a 'sliding doors' moment unfold. As we follow their parallel lives over the following weeks, Georgia certainly finds the excitement she was craving. But at what cost?

Sophie stays in Sydney doing what she usually does - working, spending time with Cujo, her mum and her friends, preparing for and attending a school reunion - while Georgia sets herself free and is living the adventure of her life. She's interacting with wildlife and seeing so much of Australia, particularly its southwest corner, as she travels with Clinton. He is also a surfer with an enormous appreciation for the country's beauty, but lives with the sadness of his wife's death five years earlier. Getting to know Clinton and the fascinating people they meet along the way allows Georgia to question her beliefs about how a person should or shouldn't live their life, and whether she has been unfair to Sophie all these years. In Georgia's absence, Sophie learns that Jack, a love interest from her past, is diving out at Cocklebiddy.

Travel across this incredible country with Georgia as she learns more about her sister, and life - about what makes a person content - than she anticipated. Through the extreme sport of cave diving, and the force of Mother Nature, Sophie's Sister explores the fine line between life and death. It uses the extraordinarily beautiful, dramatic and dangerous landscape of inland Australia as its canvas. What are the expectations we place on ourselves and others when it comes to excitement and contentment? Dreams don't have to be big. The small ones mean just as much.