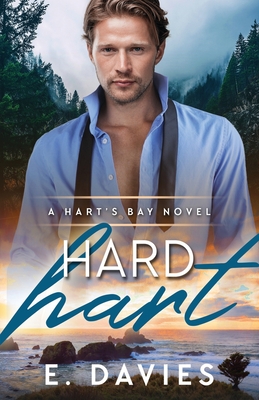 "I felt all wrong until I met you."

Jesse Stone is rebuilding his life. He's ditched his no-good ex, sworn off men, moved to a new town with his four best friends, and started the pottery business of his dreams. And then he slept with his hunky new neighbor. Oops. Jesse needs to focus on work, but all he can think about is getting Finn between his hands like a perfectly-shaped work of clay.

Trouble just blew into town, and his name is Jesse. Finn Hart knows that pursuing Jesse will ignite old family tensions, but he can't stay away. The construction foreman has never built a lasting relationship. He's too busy keeping the peace in a town that was founded by one Hart, but is slowly being strangled by another--Finn's grandfather.

Finn and Jesse are on the same page: they want to save Hart's Bay, and it starts by bringing tourists in with Jesse's new art gallery. But their hearts are bruised, and taking a chance comes with a price. Not everyone in Hart's Bay wants change. For a few narrow minds, nothing good should come to Finn's branch of the Harts, and that includes love.

Can love wash away twenty years of bad blood and bring a new dawn for Jesse, Finn, and all of Hart's Bay?

Hard Hart is the first book in the new Hart's Bay series about a small town full of nosy but well-meaning neighbors and brotherly banter. It can be read on its own, and promises a happily-ever-after ending and plenty of smiles and steam along the way. If that cove could talk... oh boy, has it ever seen things.