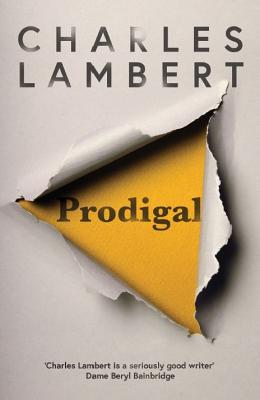 Meet Jeremy, a hapless fifty-something who is scraping together a living in Paris writing soft-core pornography as 'Nathalie Cray'.

When his all-but-estranged sister tells him their father is dying, he reluctantly travels back to his parental home in the English countryside. Confronted with a life he had always sought to escape, Jeremy begins an emotionally fraught journey into his family's chequered past - back to the unexpected death of his mother in a provincial Greek hospital years earlier, and even further back, to the moment at which the Eldritch family fell apart.

A bold take on the queer coming-of-age story, Prodigal deftly reconsiders everything we think we know about the nature of trust, death, and what we do to each other in the name of love.

Charles Lambert is the author of several novels, short stories, and the memoir With a Zero at its Heart, which was voted one of The Guardian readers' Ten Best Books of the Year in 2014. In 2007, he won an O. Henry Award for his short story The Scent of Cinnamon. His first novel, Little Monsters, was longlisted for the 2010 International IMPAC Dublin Literary Award. Born in England, Charles Lambert has lived in central Italy since 1980.