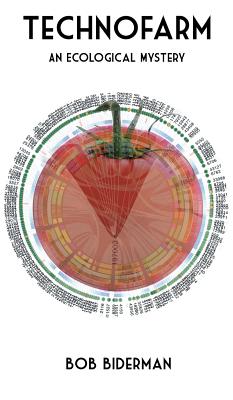 A STRANGE DISEASE is threatening Cambridge. Is it a new type of virus or does it involve something more sinister - like the Toxic Oil Scandal that ravaged Spain in the 1980s? The clock is ticking as famed epidemiologist, Peter Grant, races to find the mysterious toxin and its source before the city succumbs to a serious plague. Alarming as today's headlines, Technofarm seriously questions the ethics of agribusiness at a time when profit often comes before safety.

BOB BIDERMAN is a novelist, editor and social historian. His novels, mysteries and social histories have been widely published by Gollancz, Hachette, Pluto, Walker, Chivers Atlantic, Contemporary Literature Series and Black Apollo Press. His articles have appeared in the Guardian, Independent, Visions of the City and Caf Magazine.