Lies That Matter: A federal prosecutor and child of Holocaust survivors, tasked with stripping US citizenship from aged Nazi collaborato (Hardcover) 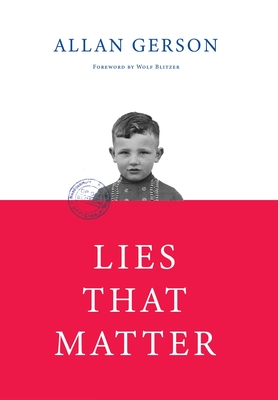 By Allan Gerson
Please email or call us for pricing on this book.

"It takes a young attorney whose Holocaust survivor parents and uncle had to lie in order to gain admittance into the U.S. to recognize the double-edged dangers of pursuing aging Nazi functionaries with the blunt instruments of American immigration law. Can the same laws be turned against his parents and other Jews like them? Allan Gerson tells the gripping story of his two years at the Department of Justice office charged with investigating and deporting aging Nazis living quietly in our midst. His interrogation of suspected perpetrators forces him to uncover secrets of his family and other anguished victims that he never wanted to know... This narrative reads like a bildungsroman, a coming of age story of a lawyer who went on to seek American legal remedies for historic crimes and injustices committed elsewhere."-Samuel Norich, President, The Forward