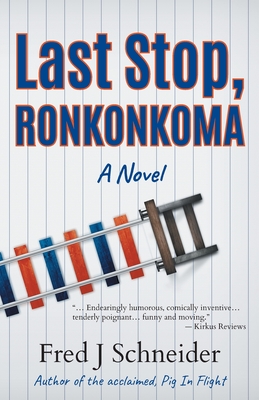 Finally A book for people with hearts big enough to loathe the New York Yankees After the departure of the Dodgers to LA, Brooklynite and devout Yankee hater, Harry Sisler determines to be his own god, leading his family as far away from Brooklyn as his money, wife, and (mistakenly) the railroad will allow... fifty miles... to Ronkonkoma, where the air squeaks and the trees are filled with ticks. There, Harry is consumed by two of his own prophecies: that he will die at the age of fifty (promptly ), but first raise a centerfielder better than Joe DiMaggio. Good plan, except his wife Agatha sets a prophecy of her own: that she will raise the same son to be the family's first priest. It's a race to the finish for all of them. But as he nears manhood, is there any force that will prompt Tris, the here-to-fore prodigal son, to seek Harry and head off the final prophecy, the one of his deat.