They don't lie to children do they? (Paperback) 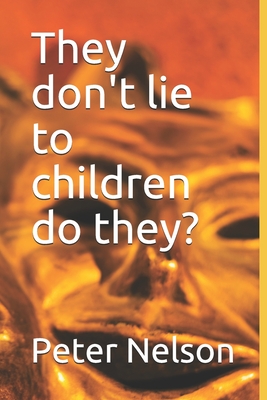 The boy was born during the second world war in Austria surviving a building flattened above him. With little hope for a future in that country, his mother showed him a little Golden Book showing Elizabeth and her farm. She showed him all the animals and asked if he wanted to fly off on a holiday to visit Elizabeth and her animals. Soon enough the five year old boy was on a plane and finally arrived in a country called Australia although while there was an Elizabeth, there was no farm. He was never to see his mother again. Living with an uncle and aunt he was however never adopted and while living in a lavish lifestyle, realised he had nothing of his own and could be sent away at any time. He had to find his own life leading to a career in the military, to medicine and finally to economics and a career which took him around the world advising governments through more than fifty countries while searching for what was true and where that fit within the meaning of life, only to find the crutch which had been his religion was not what he had been taught. Feeling betrayed he had to find a truth in which there would be no more lies.