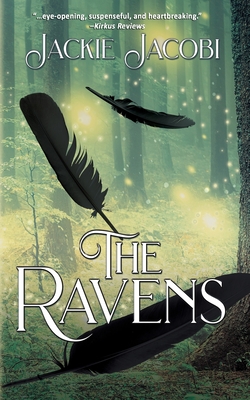 By Jackie Jacobi
Please email or call us for pricing on this book.

Seventeen-year-old Charley Foster's power of empathy is so strong, it's probably magic. Bullied and labeled a freak, Charley is friendless until she meets fellow empaths Brynn and Joss who, together, create the Ravens, a circle for girls who feel too much, vowing that this is the year they'll rise.

It isn't long before they are given the chance to do just that. When the high school English teacher is rumored to have sexually assaulted a number of girls at school, including Brynn, Joss wants the Ravens to spring into action and expose the truth. The problem? The accused teacher is Charley's father. When Charley chooses to defend him instead of fight, The Ravens disband, leaving each of the girls alone to battle for justice and, in the process, discover the true sources of their magic and power.

The Ravens, told through the rotating points-of-view of Charley, Brynn, and Joss, explores outcasts and friendship, assault and survivorship, the power of raised voices, and the capacity of ordinary magic.