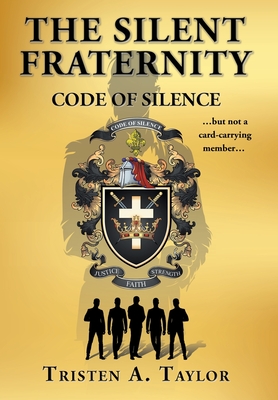 "The Silent Fraternity takes this controversial issue to the Edge of Ugliness. This book is extremely intense and sections are extremely raw."

"Growing up, I always thought that the church, the Southern Black Church, was supposed to be the safest place on earth. Well, what a wake-up call."

Revenge, an airborne virus, can travel with a ravaging force that causes catastrophic damage. It can cause overwhelming, irreversible destruction to the life, lifestyle, and well-being of an individual or to a large group. Dexter B. Cavanaugh III, a well-dressed pit bull in a three-piece designer suit disguised as a successful legal gladiator, has a severe case of this disease, and he doesn't want to be cured. On the contrary, the potency of his internal condition continues to grow day by day as it feeds on his relentless focus to seek justice. He is on a mission to get revenge for the death of his best friend, Patrick--a mission that is also fueled by a cultural plague that has been perpetuated in the Black Church for decades. His death would not be in vain.

Dexter is complicated. The anal-retentive, overachieving, perfectionist as well as four of his close comrades have no shame in admitting that they definitely have their share of issues as a result of their provocative and tumultuous pasts. In his journey of seeking redemption, he confirms that sometimes you have to make someone go through hell and risk losing everything to get it.

No one attacks a member of The Silent Fraternity without repercussions, even if he is hiding behind the sacred cloth. Hell hath no fiery like hurricane Dexter. This was personal, very personal.

The Silent Fraternity, a moving account of a controversial yet unspoken social issue that has been brewing for decades. This book burns through a wide range of emotions.