The Rings of Hesaurun (Paperback) 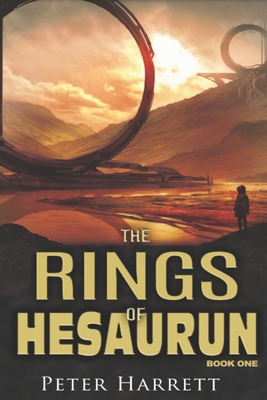 By Peter Harrett
Please email or call us for pricing on this book.

Fleeing an alien menace of galactic proportions, a starship named The Dreamer crash-lands on Earth in the year 2436 BCE. Responding to the crash, the primitive earthlings discover the ship's commander Valerie Dunne is a 5,000-year-old woman from the future, forced to escape her nemesis, the Boecki, by hiding in the past. Soon they learn the fate of the future world now rests on this strange woman's ability to harness five Hesaurun rings - rings with the power to destroy, heal, and manipulate time - and somehow, to find a way to alter her own destiny.An epic Sci-Fi tale of good and evil, rescue and survival, betrayal and love, and a threat to mankind unlike anything the human race has ever faced, The Rings of Hesaurun: Book One burns with the scope and imagination of the greatest Fantasy novels of the golden age. Weaving in a huge cast of humans and aliens, Peter Harrett has crafted a galaxy for readers of the 21st century to believe in...immense, ancient, and mind-bending.