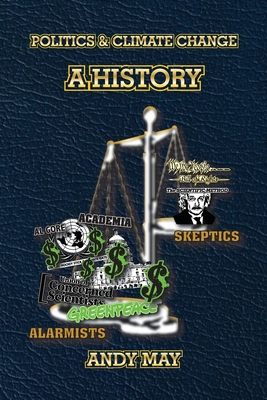 This book is a brief history of the human-caused climate change debate from its origins in the 19th century until today. The goal is to put the political drama of the debate into a proper scientific context. The drama is widely reported, but the background scientific debate is usually ignored.

There are thousands of scientists who believe humans control the climate and are heading us into a climate disaster; these are the climate alarmists. There are also thousands of scientists who are unconvinced that recent warming, whether natural or human-caused, is dangerous, these are the climate skeptics. Nearly everyone agrees that humans have some influence on climate through our greenhouse gas emissions, so only very few, if any, "deny" the human contribution to climate. Thus, the commonly used epithet "denier" seems inappropriate. Science is a process or methodology used to discover the way the world and the universe work. The term can also be used to describe the collective knowledge uncovered about the world and universe to date. Science is not a belief, we cannot "believe in science." Science is not subject to a "consensus." Politics is about reaching consensus by persuasion or intimidation, science is about upsetting the consensus with detailed measurements, logic, and reason. When politics gets deeply into science, it corrupts it. This is discussed in great detail in this comprehensive history of climate change science and corresponding political agendas.