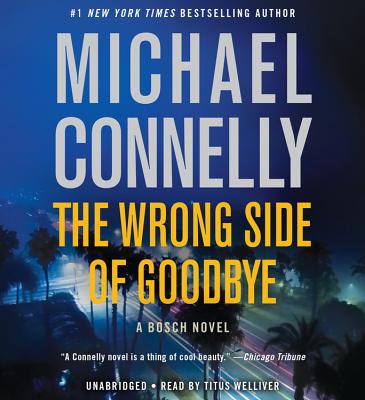 By Titus Welliver (Read by), Michael Connelly
Please email or call us for pricing on this book.

Detective Harry Bosch must track down someone who may never have existed in the new thriller from #1 New York Times bestselling author Michael Connelly.

Harry Bosch is California's newest private investigator. He doesn't advertise, he doesn't have an office, and he's picky about who he works for, but it doesn't matter. His chops from thirty years with the LAPD speak for themselves.

At the same time, unable to leave cop work behind completely, he volunteers as an investigator for a tiny cash-strapped police department and finds himself tracking a serial rapist who is one of the most baffling and dangerous foes he has ever faced.

Michael Connelly is the author of twenty-eight previous novels, including #1 New York Times bestsellers The Crossing and The Burning Room. His books, which include the Harry Bosch series and Lincoln Lawyer series, have sold more than sixty million copies worldwide. Connelly is a former newspaper reporter who has won numerous awards for his journalism and his novels and is the executive producer of Bosch, starring Titus Welliver. He spends his time in California and Florida.