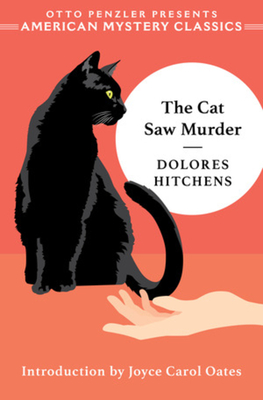 An elderly woman drugged, a young woman killed, and the cat’s the sole witness…

When Rachel Murdock and her sister Jennifer receive a call for help from their favorite niece, Lilly, in Breakers Beach, CA, they quickly hop a train from Los Angeles to see her — but not before collecting their prized cat Samantha in a picnic basket and bringing her along for the ride. Samatha, it turns out, is an heiress, the inheritor of a fortune left by a wealthy relative, and so the attempt at the cat’s life, made right after they arrive, comes as a shock. The cat survives, but unfortunately, Lilly, murdered soon thereafter, is not so lucky.

By the time the police arrive, the clues are already falling into place. The source of Lilly’s trouble is revealed to be a gambling debt incurred during an attempt to cheat at bridge, and the suspects in her slaying quickly pile up. But then another corpse is discovered, buried in the nearby sand, and it becomes clear that the killing spree concerns more than just the young lady’s personal money trouble. With the authorities distracted by lurid details, it’s up to Rachel and her furry friend to uncover the subtleties containing the solution to the puzzle.

A prototypical early “cat mystery,” written before the subgenre became a staple of cozy mystery fiction, The Cat Saw Murder is an entertaining and endlessly surprising whodunit with a focus on felines. Reissued for the first time in over half a decade, the book, written pseudonymously by the author better known for her hardboiled and suspense novels, is the first in the long-running Rachel Murdock series.

Includes discussion guide questions for use in book clubs.

Dolores Hitchens (1907–1973) was a highly prolific mystery author who wrote under multiple pseudonyms and in a range of styles. A large number of her books were published under the D. B. Olsen moniker (under which her "Cat" series was originally published), but she is perhaps best remembered today for her later novel, Fool's Gold, published under her own name, which was adapted as Band a part by Jean-Luc Godard.

Joyce Carol Oates is the author of more than 70 books, including novels, short story collections, poetry volumes, plays, essays, and criticism, including the national bestsellers We Were the Mulvaneys and Blonde. Among her many honors are the PEN/Malamud Award for Excellence in Short Fiction and the National Book Award. Oates is the Roger S. Berlind Distinguished Professor of the Humanities at Princeton University, and has been a member of the American Academy of Arts and Letters since 1978.

You will never regret having made the acquaintance of Miss Rachel Murdock.
— New York Times

Hitchens’s use of foreshadowing elevates this above similar whodunits. That the observant Rachel is an appealing Jessica Fletcher antecedent makes the prospect of her further exploits in the American Mystery Classics series welcome.
— Publishers Weekly