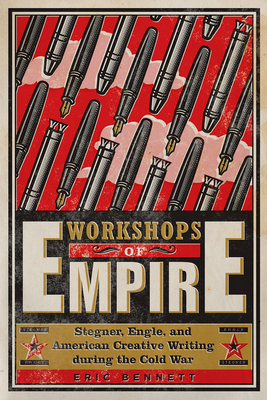 During and just after World War II, an influential group of American writers and intellectuals projected a vision for literature that would save the free world. Novels, stories, plays, and poems, they believed, could inoculate weak minds against simplistic totalitarian ideologies, heal the spiritual wounds of global catastrophe, and just maybe prevent the like from happening again. As the Cold War began, high-minded and well-intentioned scholars, critics, and writers from across the political spectrum argued that human values remained crucial to civilization and that such values stood in dire need of formulation and affirmation. They believed that the complexity of literature—of ideas bound to concrete images, of ideologies leavened with experiences—enshrined such values as no other medium could.

Creative writing emerged as a graduate discipline in the United States amid this astonishing swirl of grand conceptions. The early workshops were formed not only at the time of, but in the image of, and under the tremendous urgency of, the postwar imperatives for the humanities. Vivid renderings of personal experience would preserve the liberal democratic soul—a soul menaced by the gathering leftwing totalitarianism of the USSR and the memory of fascism in Italy and Germany.

Workshops of Empire explores this history via the careers of Paul Engle at the University of Iowa and Wallace Stegner at Stanford. In the story of these founding fathers of the discipline, Eric Bennett discovers the cultural, political, literary, intellectual, and institutional underpinnings of creative writing programs within the university. He shows how the model of literary technique championed by the first writing programs—a model that values the interior and private life of the individual, whose experiences are not determined by any community, ideology, or political system—was born out of this Cold War context and continues to influence the way creative writing is taught, studied, read, and written into the twenty-first century.

EricBennett is an associate professor of English at Providence College in Rhode Island. He is the author of A Big Enough Lie, and his writing has appeared in A Public Space, New Writing, Modern Fiction Studies, Blackwell-Wiley’s Companion to Creative Writing, The Chronicle of Higher Education, VQR, MFA vs. NYC, and Africana. He lives in Providence, Rhode Island.

“Returning to the scene of the emergence of the discipline of creative writing in the Cold War, this book makes a valuable contribution to the ongoing debate about one of our most consequential contemporary literary institutions. While one might want to quarrel with or qualify some of Bennett’s conclusions, one can’t help but be impressed with the vigor with which they are offered, and applaud his passionate concern for intellectual and artistic freedom.”—Mark McGurl, author, The Program Era: Postwar Fiction and the Rise of Creative Writing

“Bennett proves that US creative writing programs were props to Cold War efforts to make liberal capitalism dominant. He shows that their vision of literature as a tribute to the individual’s complex private life and perspective was inseparable from attempts to demonize the Soviet world as one of conformity and repression. It’s an essential and fascinating book.”—Sarah Brouillette, author, Literature and the Creative Economy