The Gods of Guilt (A Lincoln Lawyer Novel #5) (CD-Audio) 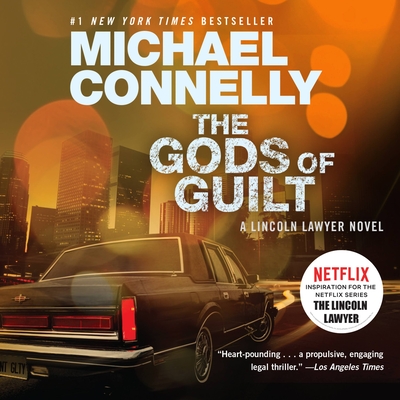 Defense attorney Mickey Haller is forced to bend the law until it breaks when he is hired to defend a man accused of killing a prostitute in this novel of courtroom suspense, the "best one yet" (The Washington Post).   Mickey Haller gets the text, "Call me ASAP - 187," and the California penal code for murder immediately gets his attention. Murder cases have the highest stakes and the biggest paydays, and they always mean Haller has to be at the top of his game.

Michael Connelly is the author of twenty-five previous novels including the #1 New York Times bestsellers The Black Box, The Drop, The Fifth Witness, The Reversal, "The Scarecrow," "The Brass Verdict," and "The Lincoln Lawyer, " as well as the bestselling Harry Bosch series of novels. He is a former newspaper reporter who has won numerous awards for his journalism and his novels. He spends his time in California and Florida.

"Connelly knows when to put his foot on the gas and when to take it off. Once he has you on board, turning the pages, you won't want to climb off."

"Connelly's work has it all---sharply drawn, engaging characters, snappy dialogue, and a plot that moves like a shot of Red Bull."—San Francisco Chronicle