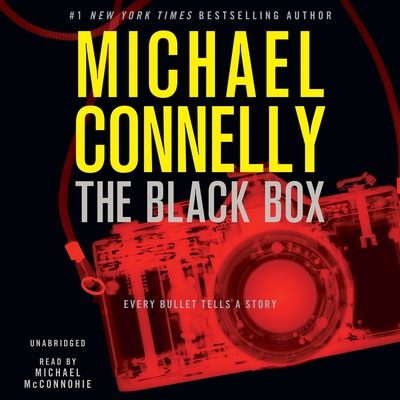 By Michael McConnohie (Read by), Michael Connelly
$39.98
Email or call for price

In a case that spans 20 years, Harry Bosch links the bullet from a recent crime to a file from 1992, the killing of a young female photographer during the L.A. riots. Harry originally investigated the murder, but it was then handed off to the Riot Crimes Task Force and never solved.

Riveting and relentlessly paced, THE BLACK BOX leads Harry Bosch, "one of the greats of crime fiction" (New York Daily News), into one of his most fraught and perilous cases.

PRAISE FOR THE DROP:

"Connelly inherits the mantle of Raymond Chandler.... Their books share a kind of ambitious artistry that strains to reach beyond genre fiction."—Chuck Leddy, Boston Globe

"Bosch is one of the best detectives in crime fiction, and Connelly continues to amaze with his latest effort."—Jeff Ayers, Associated Press