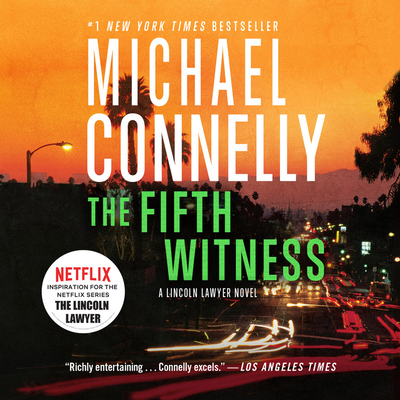 This is book number 4 in the A Lincoln Lawyer Novel series.

After taking on a foreclosure case, defense attorney Mickey Haller must prove his client's innocence -- but first he must follow a trail of black market evidence to its sinister end.   Mickey Haller has fallen on tough times. He expands his business into foreclosure defense, only to see one of his clients accused of killing the banker she blames for trying to take away her home.

Mickey puts his team into high gear to exonerate Lisa Trammel, even though the evidence and his own suspicions tell him his client is guilty. Soon after he learns that the victim had black market dealings of his own, Haller is assaulted, too -- and he's certain he's on the right trail.

Despite the danger and uncertainty, Haller mounts the best defense of his career in a trial where the last surprise comes after the verdict is in. Connelly proves again why he "may very well be the best novelist working in the United States today" (San Francisco Chronicle).

Michael Connelly is the author of twenty-seven previous novels, including the #1 New York Times bestsellers The Burning Room and The Gods of Guilt.His books, which include the Harry Bosch series and Lincoln Lawyer series, have sold more than sixty million copies worldwide. Connelly is a former newspaper reporter who has won numerous awards for his journalism and his novels and is the executive producer of Bosch, starring Titus Welliver. He spends his time in California and Florida.

ADVANCE PRAISE FOR THE REVERSAL:

"Connelly may be our most versatile crime writer.... His Mickey Haller novels are testaments to the sublime architecture of plot.... Reading this book is like watching a master craftsman build something that holds together exquisitely, form and function in perfect alignment."—Bill Ott, Booklist