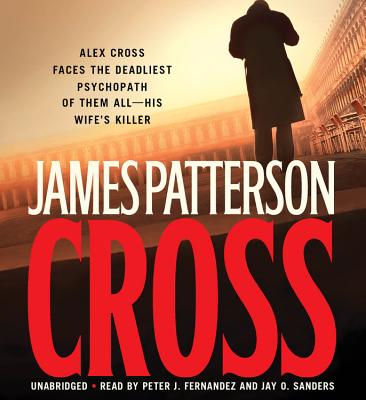 By James Patterson, Peter Jay Fernandez (Read by), Jay O. Sanders (Read by)
Please email or call us for pricing on this book.

This is book number 12 in the Alex Cross series.

Alex Cross was a rising star in the Washington, DC, Police Department when an unknown shooter gunned down his wife, Maria, in front of him. Alex's need for vengeance was placed on hold as he faced another huge challenge-raising his children without their mother.

Then Cross's former partner, John Sampson, calls in a favor. He is tracking a serial rapist in Georgetown, one whose brutal modus operandi includes threatening his victims with terrifying photos. Cross and Sampson need the testimonies of these women to stop the predator, but the rape victims refuse to reveal anything about their attacker.

When the case triggers a connection to Maria's death, Alex may have a chance to catch his wife's murderer after all these years. Is this a chance for justice at long last? Or the culminating scene in his own deadly obsession?

Peter Jay Fernandez goes all-out in interpreting James Patterson's troubled hero. Fernandez wrenches emotion out of every scene, even when he's portraying Cross's tough-as-nails grandmother, an elderly black woman. He's made even better by the addition of narrator Jay O, Sanders in several roles, including the cold-as-ice-villain, " The Butcher".—Audio File