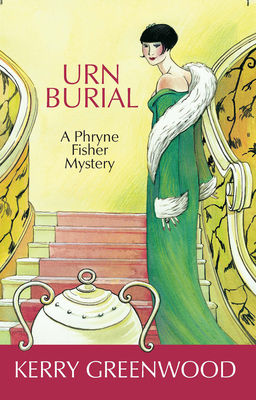 This is book number 8 in the Phryne Fisher Mysteries series.

The redoubtable Phryne Fisher is holidaying at Cave House, a Gothic mansion in the heart of Australia's Victorian mountain country. But the peaceful surroundings mask danger. Her host is receiving death threats, lethal traps are set without explanation, and the parlour maid is found strangled to death. What with the reappearance of mysterious funerary urns, a pair of young lovers, an extremely eccentric swagman, an angry outcast heir, and the luscious Lin Chung, Phryne's attention has definitely been caught. Her search for answers takes her deep into the dungeons of the house and into the limestone Buchan caves. But what will she find this time?