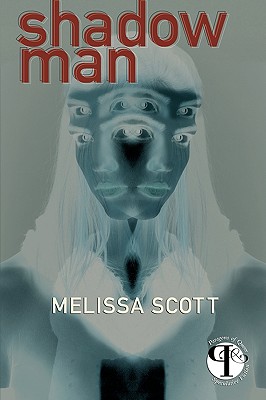 By Melissa Scott
Please email or call us for pricing on this book.

In the far future, human culture has developed five distinctive genders due to the effects of a drug easing sickness from faster-than-light travel. But on the planet Hara, where society is increasingly instability, caught between hard-liner traditions and the realities of life, only male and female genders are legal, and the "odd-bodied" population are forced to pass as one or the other. Warreven Stiller, a lawyer and an intersexed person, is an advocate for those who have violated Haran taboos. When Hara regains contact with the Concord worlds, Warreven finds a larger role in breaking the long-standing role society has forced on "him," but the search for personal identity becomes a battleground of political intrigue and cultural clash. Winner of a Lambda Literary Award for Gay/Lesbian Science Fiction, Shadow Man remains one of the more important modern, speculative novels ever published in the field of gender- and sexual identity.