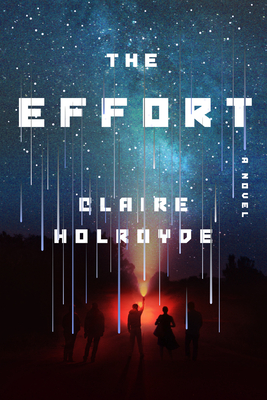 For readers of Station Eleven and Good Morning, Midnight comes an electric, heart-pounding novel of love and sacrifice that follows people around the world as they unite to prevent a global catastrophe.
When dark comet UD3 was spotted near Jupiter's orbit, its existence was largely ignored. But to individuals who knew better -- scientists like Benjamin Schwartz, manager of NASA's Center for Near-Earth Object Studies -- the threat this eight-kilometer comet posed to the survival of the human race was unthinkable. The 150-million-year reign of the dinosaurs ended when an asteroid impact generated more than a billiontimes the energy of an atomic bomb.
What would happen to Earth's seven billion inhabitants if a similar event were allowed to occur?

Ben and his indomitable girlfriend Amy Kowalski fly to South America to assemble an international counteraction team, whose notable recruits include Love Mwangi, a UN interpreter and nomad scholar, and Zhen Liu, an extraordinary engineer from China's national space agency. At the same time, on board a polar icebreaker life continues under the looming shadow of comet UD3. Jack Campbell, a photographer for National Geographic, works to capture the beauty of the Arctic before it is gone forever. Gustavo Wayãpi, a Nobel Laureate poet from Brazil, struggles to accept the recent murder of his beloved twin brother. And Maya Gutiérrez, an impassioned marine biologist is -- quite unexpectedly -- falling in love for the first time.

Together, these men and women must fight to survive in an unknown future with no rules and nothing to be taken for granted. They have two choices: neutralize the greatest threat the world has ever seen (preferably before mass hysteria hits or world leaders declare World War III) or come to terms with the annihilation of humanity itself.
Their mission is codenamed The Effort.

Claire Holroyde is a writer and graphic designer living outside of Philadelphia. The Effort is her first novel. She invites you to visit claireholroyde.com to learn more.

"Page-turner of the year! In the grand tradition of Stephen King's The Stand, Pat Frank's Alas, Babylon, and J.T. McIntosh's One in Three Hundred, this book is the story of a massive comet that threatens to end human existence and those who fight to prevent that catastrophe. Call it a techno-thriller, call it apocalyptic fiction -- I call it great writing. This is an important and provocative novel, one that should be read by all who care about the future of the planet and humanity's role in its preservation. Claire Holroyde is an exciting new voice in modern fiction, and we're lucky to have this stirring and fully imagined book."—David Heska Wanbli Weiden, Author of Winter Counts

"Claire Holroyde's The Effort artfully mirrors an allegorical warning on the state of our planet's climate with a more imminent threat of complete and total annihilation of the human species. It speeds up the doomsday clock -- that's ticking relentlessly on every page -- but with a lingering and aching glimpse at everything that's about to be lost. Heart-pounding and heart wrenching all at once, it's ultimately, somehow, a story of immense hope. Just a stunning debut."—Jane Gilmartin, Author of The Mirror Man

"The Effort, by Claire Holroyde, is a supreme demonstration of how to write a compelling and engrossing literary thriller. It is masterfully plotted, and a worthy addition to the pantheon of great doomsday stories: an astute, unflinching look at what 'civilization' means at the twilight of human perseverance."—David W. Brown, Author of The Mission

"[Claire Holroyde's] prose is measured and clear, and the plot arcs nicely from the scientific issues to more personal stakes. An adept contribution to the realm of apocalypse fiction."—Kirkus Reviews

"The Effort offers a vision for how humanity could avoid an existential crisis with international collaboration, while also highlighting the environmental threats created by humans."—Electric Literature

"The Effort is ultimately a novel about the desire to live. Struggle is everywhere, on the individual level and in the broader sense as a species. Working together is proven essential. In the end, Holroyde has faith in an intangible human condition: survival depends on our willingness to help each other, and that quality allows humanity to thrive through adversity."—Chicago Review of Books

"The Effort, in the tradition of science fiction novels past, manages to sweep aside national, sectarian, and governmental boundaries to . . . offer a glimmer of hope. It serves as a small, miraculous contrast to a world which, for the most part, simply folds its wings like [an] eagle and sinks when threatened with space debris, or with its own consumption patterns . . . Do we die with a bang, with a whimper, or both? Or do we find some way to live? The Effort suggests maybe all three at once."—Observer

"A solid debut novel from Claire Holroyde, reminiscent of the movies Deep Impact and Armageddon . . . You won’t want to put the book down."—Red Carpet Crash