The Number 9 Dream: Everyone's dream is to be Extra-ordinary! (Paperback) 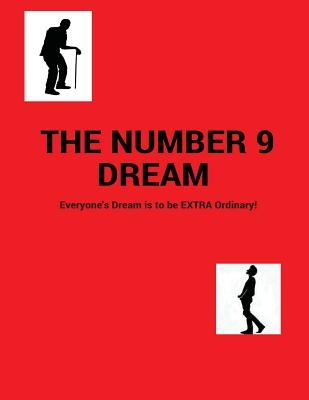 "Two halves make a whole." Leo shouted. "Never to be parted." stated Gerard. "Come on, you re not trying to ball a 90 year old?" said Leo. "I'm not gay," said Gerard, "I don't dress well enough." "Then if you want your balls rattled let's try the zipper. It's a kaleidoscope of twisted bone breaking, bowel shaking entertainment." stated Leo. And so their spirits soared... Obsessed with nudity and the after-life a misdirected but testing 29 year old Gerard spends his leisure time attending movies, funerals, meat yards, doing origami and embracing his passion for motorbikes trying to deal with his indifferent, self -absorbed and golf-mad father, and having confessionals with his local clergyman. When Gerard, as part of his dole benefit requirement, meets the eccentric eighty-nine-year-old Leo at a rejuvenation retirement village, a nudist colony, they become friends and the old man discloses another aspect to life for him. Meanwhile, his father, the golf-playing captain and Gerard's sister, an i-phone tragic, try to encourage him to get into the family business, set him up on a computer dating site,"friendbook", encourage him to do group therapy, more confessional sessions and try to force him to become a life coach through his aunty Barbara;-an enema specialist. "Help others and you can help yourself". On the day of their respective birthdays, Leo's 90th and Gerard's 30th, Gerard has drawn on a (Japanese blossom) 'tree' of knowledge that allows him to imbue the spirit of life as others draw to a close. Everyone's dream is to be Extra-ordinary.