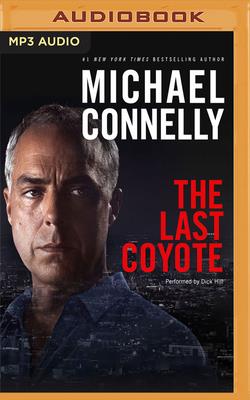 By Michael Connelly, Dick Hill (Read by)
Please email or call us for pricing on this book.

This is book number 4 in the Harry Bosch series.

Suspended from his job with the LAPD, Harry Bosch must face the darkest parts of his past to track down his mother's killer . . . even if it costs him his life.

Harry Bosch's life is on the edge. His earthquake-damaged home has been condemned. His girlfriend has left him. He's drinking too much. And after attacking his commanding officer, he's even had to turn in his L.A.P.D. detective's badge. Now, suspended indefinitely pending a psychiatric evaluation, he's spending his time investigating an unsolved crime from 1961: the brutal slaying of a prostitute who happened to be his own mother.

Even after three decades, Harry's questions generate heat among L.A.'s top politicos. And as the truth begins to emerge, it becomes more and more apparent that someone wants to keep it buried. Someone very powerful...very cunning...and very deadly.

Edgar Award-winning author Michael Connelly has created a dark, fast-paced suspense thriller that cuts to the core of Harry Bosch's character. Once you start it, there's no turning back.