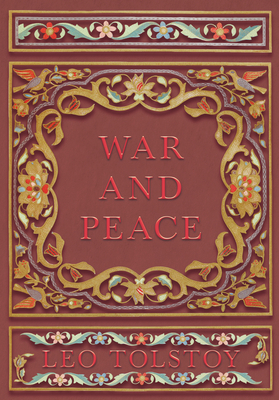 By Leo Tolstoy
Please email or call us for pricing on this book.

One of the most famous examples of classic world literature, Tolstoy's "War and Peace" is an epic chronicle of France's invasion of Russia and the aftermath of the Napoleonic era on Russian society as experienced by five families belonging to the aristocracy. Originally released in serial form in "The Russian Messenger" between 1865 and 1867, "War and Peace" is considered to be among Tolstoy's greatest literary works and constitutes an absolute must-read for all literature lovers. Count Lev Nikolayevich Tolstoy (1828-1910), also known in English as Leo Tolstoy, was a Russian writer. Generally considered to be one among the greatest novel writers of all time, he was nominated for the Nobel Prize in literature each year between 1902 and 1906; as well as the Nobel Peace Prize in 1901, 1902, and 1910. Other notable works by this author include: "Anna Karenina" (1877), "The Cossacks" (1863), and "Resurrection" (1899). Read & Co. Classics is proudly republishing this classic novel now in a new edition complete with a specially-commissioned new biography of the author.