Hitler's Spies: Lena and the Prelude to Operation Sealion (Hardcover) 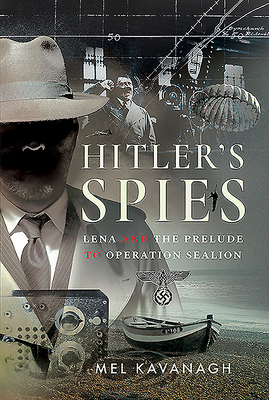 By Mel Kavanagh
Please email or call us for pricing on this book.

First book, written in English, dedicated to the story of the first four German spies who successfully arrived in the South of England as part of Operation Lena.

September 1940: Britain stands alone against the might of the advancing German Army and the specter of invasion looms.

Using a wealth of primary material including sources previously designated secret, this is the first book, written in English, dedicated to the story of the first four German spies who successfully arrived in the south of England.

Using the codename Operation Lena, it was the initial undertaking to necessitate Hitler's invasion of England, itself codenamed Operation Sealion.

These men were to be the pathfinders, the scouts, the eyes and ears that would help the first invasion of England for several hundred years.

This extraordinary story stands as evidence of the only part of the invasion actually to arrive, of the abysmal quality of their selection and training, of the extraordinary fair-mindedness of a British jury, especially when Britain was gripped by spy paranoia.

This is possibly one of the most audacious and least known episodes of the Second World War.