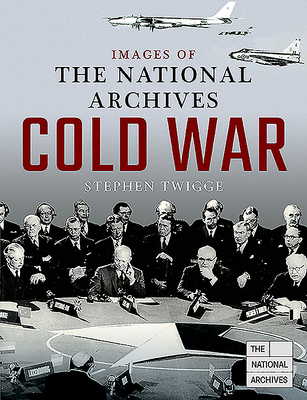 By Stephen Twigge
Please email or call us for pricing on this book.

Includes information about the H bomb, Cambridge Spies, Protect and Survive (leaflet issued in 1963 and 1980 on how to survive a nuclear attack), Fall of the Berlin Wall, and Glasnost, published with photos from the UK National Archives.

Cold War tells the story of half a century of superpower confrontation from the end of the Second World War to the collapse of the Soviet Union. The book describes in chilling detail the military and ideological struggle between the United States and the Soviet Union that dominated the postwar landscape. The book highlights the role played by Britain during the Cold War and its involvement in Cold War flash points including the Berlin Blockade, the Cuban Missile Crisis and the Soviet invasion of Afghanistan. The book describes the devastating consequences of nuclear war, the growth and influence of the peace movement and the exploits of the Cold War spy networks built up by both sides. Based on previously secret government reports and papers, the book tells a compelling story of global conflict and superpower politics set against a backdrop of dramatic social and cultural change.