The Mysterious Affair at Styles. (Paperback) 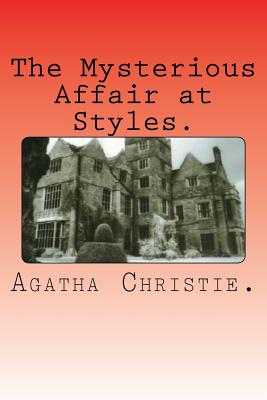 The story opens in England during the First World War at Styles Court, an Essex country manor. Upon her husband's death, the wealthy widow, Emily Cavendish, inherited a life estate in Styles as well as the outright inheritance of the larger part of the late Mr. Cavendish's income. Mrs. Cavendish became Mrs. Inglethorp upon her recent marriage to a younger man, Alfred Inglethorp. Emily's two stepsons, John and Lawrence Cavendish, John's wife Mary and Cynthia Murdoch, also live at Styles. John Cavendish is the vested remainderman of Styles; that is, the property will pass to him upon his stepmother's death, per his late father's will. Lawrence Cavendish would also come into a considerable sum of money. The income left to Mrs Inglethorp by her late husband would be distributed according to her will, which she changes at least once per year. If she has not changed her will since her marriage, her husband will inherit that income. Cynthia does war-time work at the pharmacy in the nearby hospital.