XI Jinping: The Most Powerful Man in the World (Hardcover) 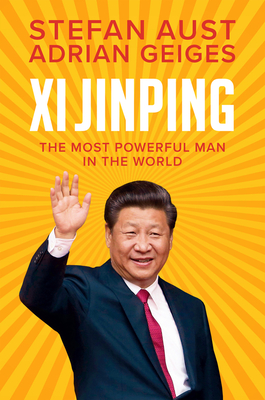 If China seems unstoppable, so too does its leader Xi Jinping. As General Secretary of the Chinese Communist Party and President of China, he commands over 1.4 billion people, in a vast country that spans the prosperous megacities of Beijing and Shanghai and desperately poor rural regions where families still struggle with malnutrition.

Today, Xi Jinping faces a series of monumental challenges that would make other global leaders tremble: a trade war with the USA, political unrest in Hong Kong, accusations of genocide in Xinjiang, stuttering economic growth and a devastating global pandemic that originated inside China.

But who is Xi Jinping and what does he really want? To rejuvenate China and bring economic prosperity to all its people? To challenge American supremacy and turn China into the world's dominant power? Avoiding both sycophantic flattery and outright condemnation, this new biography by Stefan Aust and Adrian Geiges gets inside the head of one of the world's most mysterious leaders. Skilfully unravelling the hidden story of Xi Jinping's life and career, from his early childhood to his rise to the pinnacles of the Party and the State, they flesh out his views and uncover how he became the most powerful man in the world.

This biography of China's leader will be indispensable for anyone interested in China and where it is heading.

Stefan Aust is the former editor-in-chief of Germany's leading news magazine Der Spiegel and the author of numerous bestselling books including The Baader-Meinhof Complex.Adrian Geiges is the long-standing Beijing correspondent of the weekly news magazine Stern. Previously he worked as a television reporter for Spiegel TV and RTL in Moscow and New York.