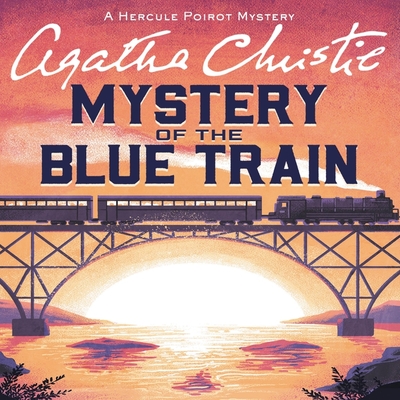 By Agatha Christie, Hugh Fraser (Read by)
$49.99
Email or call for price

This is book number 1928 in the Hercule Poirot Mysteries (Audio) series.

Robbery and brutal murder aboard a luxury transport ensnares the ever-attentive Hercule Poirot in The Mystery of the Blue Train, from Queen of Mystery Agatha Christie

When the luxurious Blue Train arrives at Nice, a guard attempts to wake serene Ruth Kettering from her slumbers. But she will never wake again--for a heavy blow has killed her, disfiguring her features almost beyond recognition. What is more, her precious rubies are missing.

The prime suspect is Ruth's estranged husband, Derek. Yet Hercule Poirot is not convinced, so he stages an eerie reenactment of the journey, complete with the murderer on board. . . .