The Deep: A Novel (Paperback) 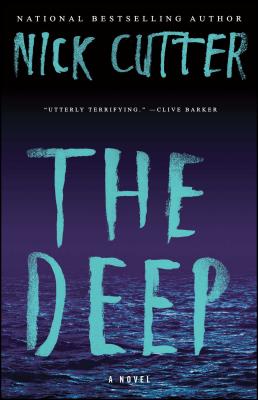 From the acclaimed author of The Troop—a book that is “utterly terrifying” (Clive Barker). “Fans of unflinching bleakness and all-out horror will love this novel….Each new shock is freshly disturbing” (Publishers Weekly, starred review).

A strange plague called the ‘Gets is decimating humanity on a global scale. It causes people to forget—small things at first, like where they left their keys, then the not-so-small things, like how to drive or the letters of the alphabet. Their bodies forget how to function involuntarily. There is no cure.

But far below the surface of the Pacific Ocean, a universal healer hailed as “ambrosia” has been discovered. In order to study this phenomenon, a special research lab has been built eight miles under the sea’s surface. But when the station goes incommunicado, a brave few descend through the lightless fathoms in hopes of unraveling the mysteries lurking at those crushing depths…and perhaps to encounter an evil blacker than anything one could possibly imagine.

Nick Cutter is the author of the critically acclaimed national bestseller The Troop (which is currently being developed for film with producer James Wan), as well as The Deep and Little Heaven. Nick Cutter is the pseudonym for Craig Davidson, whose much-lauded literary fiction includes Rust and Bone, The Saturday Night Ghost Club, and, most recently, the short story collection Cascade. His story “Medium Tough” was selected by author Jennifer Egan for The Best American Short Stories 2014. He lives in Toronto, Canada.