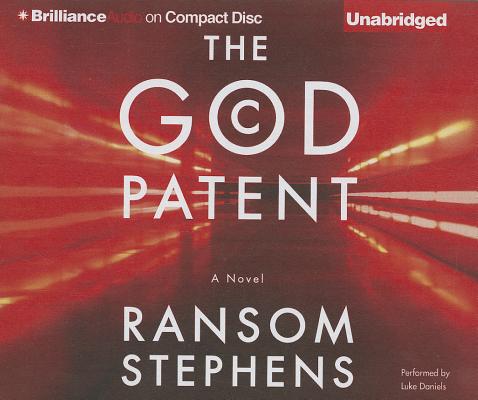 By Ransom Stephens, Luke Daniels (Read by)
Please email or call us for pricing on this book.

When electrical engineers Ryan McNear and Foster Reed coauthored two patents for company cash incentives, they thought it was all just a joke. One describes the soul as a software algorithm, and the other described the Big Bang as a power generator.

But when the company crashes, McNear finds himself divorced, desperately hard up, and estranged from his son. As he rebuilds his life, McNear discovers Reed has used their nonsensical patents to draw in top-tier energy investors. A patent war erupts, and McNear is suddenly immersed in a battle between hard science and evangelical religion. To prove himself, he will have to risk everything his reputation, his livelihood, and even his sanity to be with the son he loves and refuses to forget.

Set in the age-old culture war between science and religion, The God Patent is a modern story that deftly blends scientific theory with one man's struggle to discover his soul.