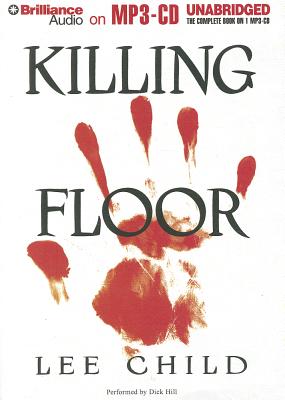 "I was eating eggs and drinking coffee. I was in a booth, at a window, reading somebody's abandoned newspaper. Outside, the rain had stopped but the glass was still pebbled with bright drops. I saw the police cruisers pull into the gravel lot. They were moving fast and crunched to a stop. Light bars flashing and popping. Doors burst open, policemen jumped out. Two from each car, weapons ready. Two revolvers, two shotguns. This was heavy stuff. One revolver and one shotgun ran to the back. One of each rushed the door.

I just sat and watched them. I knew who was in the diner. A cook in back. Two waitresses. Two old men. And me. This operation was for me. I had been in town less than half an hour."

--From the opening of this searing tale of honor and revenge where Jack Reacher, a former military cop, hunts down his brother's killers. In the bestselling tradition of John Sandford and Stephen Hunter, the listener will be entertained non-stop until the end.