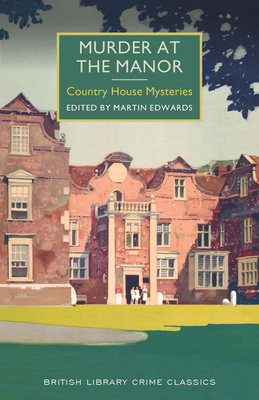 The English country house is an iconic setting for some of the greatest British crime fiction. This new collection gathers together stories written over a span of about 65 years, during which British society, and life in country houses, was transformed out of all recognition. It includes fascinating and unfamiliar twists on the classic 'closed circle' plot, in which the assorted guests at a country house party become suspects when a crime is committed. In the more sinister tales featured here, a gloomy mansion set in lonely grounds offers an eerie backdrop for dark deeds. Many distinguished writers are represented in this collection, including such great names of the genre as Anthony Berkeley, Nicholas Blake and G.K. Chesterton. Martin Edwards has also unearthed hidden gems and forgotten masterpieces: among them are a fine send-up of the country house murder; a suspenseful tale by the unaccountably neglected Ethel Lina White; and a story by the little-known Scottish writer J.J. Bell.

MARTIN EDWARDS is an award-winning crime writer best known for two series of novels set in Liverpool and the Lake District. He is a series consultant for British Library Crime Classics, Chair of the Crime Writers' Association, and President of the Detection Club. The Golden Age of Murder, his study of the Detection Club, was published in 2015 to international acclaim, and won the Edgar, Agatha, H.R.F. Keating and Macavity awards for the year's best book about the genre.