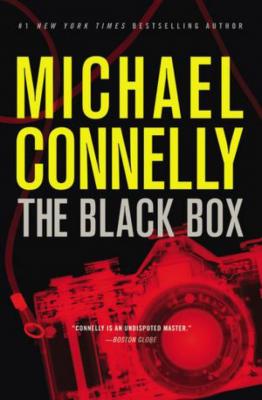 This is book number 16 in the A Harry Bosch Novel series.

PRAISE FOR THE BLACK BOX

"Connelly draws on all his resources-his thorough knowledge of police work, his ability to fashion a complex tapestry of plot, and his ever deepening characterization of Bosch-to craft a mystery thriller sure to enthrall fans and newcomers alike."—Publishers Weekly

"I decided several years ago that this is the finest crime series written by an American, and nothing in the new book changes my mind."—The Washington Post

"Four stars! Crime writer Michael Connelly is a reliably good storyteller and his novels' endings invariably pack a satisfying punch. Though I've said it before about some of his other novels, THE BLACK BOX [could] be the best yet . . . portrays Harry at his dogged, ingenious best."—USA Today

"How can Michael Connelly get better at his craft of writing! Just when you think he has reached the pinnacle of his career with a certain novel he comes along with a new one that is even better. Such is the case with THE BLACK BOX, a crime thriller that is pretty near perfection . . . Michael Connelly just keeps getting it right . . . He is at the top of the mountain . . . none exceed his abilities."—Huffington Post

"Few crime writers are as prolific or as successful as Michael Connelly . . . Connelly has always excelled at building suspense while paying careful attention to police procedural detail . . . will tantalize fans of the series."—Los Angeles Times

"Oh well, just another superb, ambitious murder mystery from one of the best writers in the business, featuring perhaps the best fictional detective in crime fiction. It has been 20 years since Michael Connelly published his first novel, The Black Echo, and in all that time he hasn't put a foot wrong. THE BLACK BOX keeps his streak alive."—Toronto Globe and Mail

"[Bosch] is as formidable as he ever was . . . we see how far he has come and get a glimpse of the intriguing direction the series may take."—New York Daily News

"Bosch employs highly unorthodox but extremely entertaining methods for getting results, making sneaky end-runs around the sclerotic bureaucracy of the LAPD . . . It's fun to watch an old war horse like Bosch navigating the new technology (or, more often than not, getting younger officers to do it for him)."—New York Times Book Review

"Connelly has added one more to the apparently inexhaustible supply of cases that challenge Detective Harry Bosch of the Los Angeles Police Department. This one is a tightly knit tale . . . It's classic Connelly, who has a gift for narrating criminal investigations from the inside and bringing them to life."—San Jose Mercury News