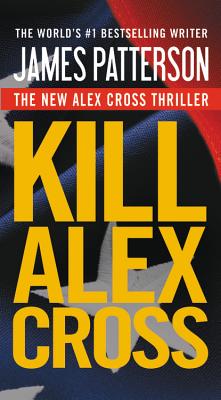 This is book number 17 in the Alex Cross series.

With relentless danger around every corner, Detective Alex Cross is hunting down a kidnapper . . . but only if someone powerful doesn't kill him first.
The President's son and daughter are abducted, and Detective Alex Cross is one of the first on the scene. But someone very high-up is using the FBI, Secret Service, and CIA to keep him off the case and in the dark.
A deadly contagion in the water supply cripples half of the capital, and Alex discovers that someone may be about to unleash the most devastating attack the United States has ever experienced.
As his window for solving both crimes narrows, Alex makes a desperate decision that goes against everything he believes-one that may alter the fate of the entire country. Kill Alex Cross is fast, exciting, and tightly wound, full of "fast-and-furious action" (Washington Post).

"Patterson's Kill Alex Cross is a thriller with family at its heart... Underneath the fast-and-furious action, Patterson is exploring what it means to be a father, a man and, ultimately, a human being in an increasingly complex and dangerous world."—Lisa Scottoline, Washington Post

"Given [Patterson's] ability to keep the ideas flowing and his readers reading, there is little doubt that this series will find a receptive audience for as long as Patterson wishes to keep it going. If KILL ALEX CROSS is any indication, he is just getting started."—bookreporter.com