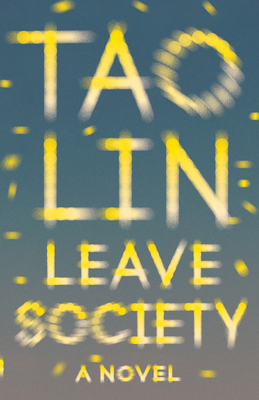 From the acclaimed author of Taipei, a bold portrait of a writer working to balance all his lives—artist, son, loner—as he spins the ordinary into something monumental. An engrossing, hopeful novel about life, fiction, and where the two blur together.

In 2014, a novelist named Li leaves Manhattan to visit his parents in Taipei for ten weeks. He doesn't know it yet, but his life will begin to deepen and complexify on this trip. As he flies between these two worlds--year by year, over four years--he will flit in and out of optimism, despair, loneliness, sanity, bouts of chronic pain, and drafts of a new book. He will incite and temper arguments, uncover secrets about nature and history, and try to understand how to live a meaningful life as an artist and a son. But how to fit these pieces of his life together? Where to begin? Or should he leave society altogether?

Exploring everyday events and scenes--waiting rooms, dog walks, family meals--while investigatively venturing to the edges of society, where culture dissolves into mystery, Lin shows what it is to write a novel in real time. Illuminating and deeply felt, as it builds toward a stunning, if unexpected, romance, Leave Society is a masterly story about life and art at the end of history.

TAO LIN is the author of the memoir Trip, the novels Taipei and Richard Yates and Eeeee Eee Eeee, the novella Shoplifting from American Apparel, the story collection Bed, and the poetry collections Cognitive-Behavioral Therapy and you are a little bit happier than i am. He was born in Virginia, has taught in Sarah Lawrence College's MFA program, and is the founder and editor of Muumuu House.

One of Bookforum's Best Books of the Year

“Stylistically, the book is artful, even radical. . . . [Lin shows] the work of seeking. There is something brave in leaving a character [like Li] so undefended.”
— Christine Smallwood, The New York Times Book Review

“Li’s attempts to midwife the universe through mindfulness give rise to brief sunbursts of poetic exuberance.”
—Andrea Long Chu, The New Yorker

“At a time when so much media is set on dichotomizing, there are no hard lines drawn by Lin. Though his book will undoubtedly be categorized as autofiction, it is as much a retreat into the imagination as a reflection of lived events.”
—David Fishkind, The Believer

“Lin introduces a radical shift in outlook, a change from a posture of boredom to one of awe . . . On the second reading, when I was better accustomed to Lin’s humor and his delight in multiplicity, [the final sentence] seemed to me both metaphorical and literal, playful and quite serious, a brilliant, almost perfect ending.”
—Lamorna Ash, Los Angeles Review of Books

“If Lin’s earlier books felt voiced by a human resigned to becoming an automaton, then this one speaks in a voice of resistance.”
—Adam Wilson, Bookforum

“Lin’s language is spare but carefully selected, bristling with radiant strangeness.”
—Will Harrison, The Hudson Review

“Leave Society introduces the reader to two of the most endearing literary characters in recent memory: Li’s parents, simply referred to as Li’s mom and Li’s dad—and their beloved family dog, Dudu, who serves up a great deal of comic relief.”
—Zach Ravas, Zyzzyva

“Leave Society is a novel not of disappearance but of rebirth and attachment to the things that truly matter . . . the most deeply human book of the year.”
—Alex Perez, Washington Examiner

“Part of the oddness of Leave Society’s spirit is not only how tepid its idea of departure is, but how redundant: The writer who makes so much of stepping out of the social circle, patly denouncing its bodily harms—society is a mess of toxins, radioactivity, and shaky healthcare—barely has a toehold in it to begin with.”
—Francisco Unger, n+1

“Leave Society’s focus—ranging from the individual to the familial to the cosmic—is exciting because it doesn’t play by any rules of our current culture. It eschews easy formulations of attitudes towards everything from medicine to politics.”
—Alan Rossi, X-R-A-Y

“In an era of proliferating controversial theories, Tao’s book celebrates the ability of science to refuse certainty and open up a space of unknowing.”
—Ross Simonini, ArtReview

“Despite Li’s crippling bouts of worry, physical pain, and moroseness, there is a very moving resilience that goads him out of each abyss and back into the ring, the ring here being the realm of consciousness that Li continually seeks to know better, to expand, to care for more effectively.”
—Kristen Iskandrian, Hobart

“Lin’s narrator’s relentless self-improvement feels at once familiar and alienating. I see my own similar tendencies and wonder whether they are paths to transcendence or just ways to focus an unrelenting anxiety. While I cannot answer these questions, I do know that I appreciate that this novel and its author are oriented toward finding a better way of living.”
—Leah Dieterich, Document Journal

“Lin's style—a tone predicated on a lucid knowledge of the difficulty of its own transmission, in critic Frank Guan's formulation—is so unique it reminds us of Woolf's praise of Lawrence: you never catch Lawrence arranging, and no sentence pretends to contain the meaning of the whole novel in it.”
—Stuart Ross, Eclectica

“I fell in love with what I assumed to be Tao Lin's mother.”
—Michael Silverblatt, KCRW's Bookworm

“No one writes like Tao Lin. He is so quietly funny, and surprising, and strange, in the way he writes sentences, in the way that he thinks. Leave Society is transcendent in its honesty and is even transcendent in its transcendency, by which I mean Tao Lin remains transparent even while delving into subject matter difficult to render on the page, like drug experiences and ponderings into the origins of philosophical systems in human societies since time immemorial. He makes the mysterious mundane and the mundane mysterious. But the book is so very readable and accessible and fun, even while exploring pain and family relationships, and yes the question about remaining a part of a society that can and will bring you harm in countless invisible ways, that has been designed to exploit the earth’s natural resources including its people. I love this novel.”
—Tommy Orange, author of There There

"Leave Society is fascinating and touching. Lin has a unique style, with which he vividly communicates the quest for healing and love, a quest that is both particular to Lin in its details, but also underlies much of what his generation seeks through new ideas, psychedelics, and alternative lifestyles and worldviews."
—Riane Eisler, author of The Chalice and the Blade

"Leave Society is hilarious about serious things, and serious about hilarious things. This is a very special and beautiful book."
—Brad Phillips, author of Essays and Fictions

“Leave Society is a warm, funny, hearteningly nonconformist book that changed the way I think about natural health, wellbeing, and the great mystery. It’s a beautiful work of art. I loved it.”
—Melissa Broder, author of Milk Fed

“Leave Society is a novel I wanted to keep living in long after it ended. The characters are some of my favorites in contemporary fiction. Subversive, neurotic, and artful; it read exactly as I want a Tao Lin novel to read."
—Chloe Caldwell, author of Women and I'll Tell You in Person

"It’s a meta-autofiction that takes on the grandest of themes – the metaphysical structure of the cosmos, the journey of a soul across the aeons, the space beyond death – in the hopes of understanding them, and also of creating feelings of awe and wonder in the reader."
—Dean Kissick, Spike Art Magazine