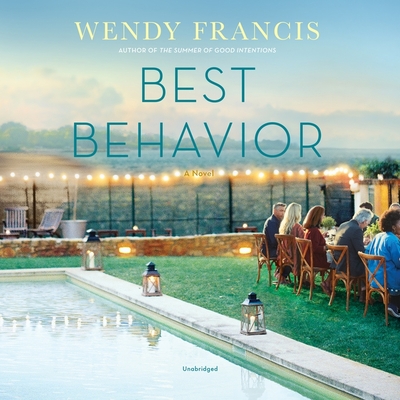 Wendy Francis's latest is a witty, warm, and thoroughly entertaining family drama about a modern blended family in its messiness, coming together for a college graduation in Boston

Meredith Parker works as a nurse in a neonatal hospital where she tends to the needs of drug-addicted newborns. It helps to soften the fact that her own babies, Dawn and Cody, are about to graduate college and go off on their own. Meredith is proud of her twins, but their college graduation weekend stirs up a host of emotions. She's counting on her teddy bear of a husband, Joel, to help her through. Meanwhile, daughter Dawn worries about her "golden boy" brother, who's been acting weird the last few weeks of school. It's not like him to be cagey, and she can't figure out what's going on.

Throughout the weekend, Meredith struggles to be on her best behavior at the summery dinner parties and awards ceremonies, where she's forced to rub elbows with her ex-husband, Roger, and his new much younger wife, Lily. Tensions simmer with each appetizer tray that is passed. There's some question whether superstar Cody will actually graduate. And, at the final graduation party, it comes to light that more than one person in the family has been hiding a very big secret. Step-families, drugs, alcohol, graduation weekend-it's like a human Molotov cocktail. Give it a little shake, and who knows what will happen?