On the Soul and the Resurrection (Paperback) 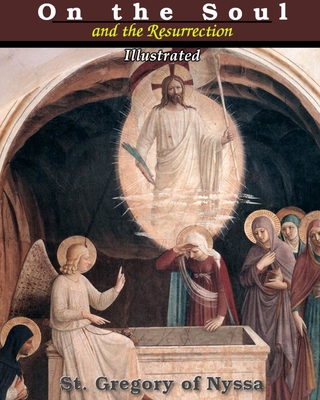 The resurrection from death is a strong component of the Christian faith, which the Nicene Creed, affirms stating: "We look for the resurrection of the dead, and the life of the world to come." The early Christian writers Irenaeus and Justin Martyr, in the second century, wrote against the wide-spread idea of their time that only the soul survived. In like manner we have this later writing of St. Gregory of Nyssa (335 - 395 AD) which clearly articulates the position that a person is both soul and body, and that Christ has promised to raise them both, in the same way, that his body was raised. This doctrine of the resurrection is based on Christ's resurrection, for, at that time, there was no Greek belief in a general resurrection, rather they held that once the body perished I could no longer return to life. This work is taken from "Selected writings and letters of Gregory, Bishop of Nyssa", Oxford: Parker and Co., 1893, translated by Henry Austin Wilson (1854-1927), and includes the original footnotes at the end of the book along with Bible references. Also included are various Christian illustrations of the resurrection from the Renaissance period in form of artwork, statues and icons.