A Memory in the Black (Paperback) 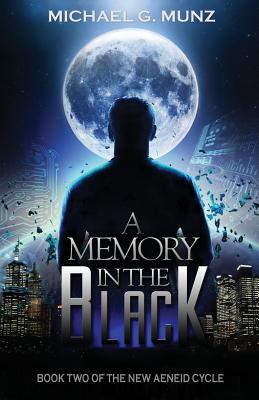 Save humanity from itself. It is the goal of the worldwide conspiracy known as the Agents of Aeneas. For months they have struggled to explore the mysteries of Paragon, an alien spacecraft buried on the Moon. Once a closely guarded secret, word the craft has leaked, and now multiple forces plot to seize it for themselves.

Agent Marc Triton has breached its depths and returned alive. While Michael Flynn protects Marc from corporations that believe he knows too much, together they must confront a demon from their past: the freelancer Diomedes. Michael's violent ex-mentor, Diomedes has assassinated a man at the heart of the spacecraft's discovery. They must learn why.

Meanwhile, Caitlin and Felix have spotted the murdered vigilante Gideon alive in the dystopian city of Northgate. The truth behind his impossible return will pull them into dangers far beyond what lurks on Earth.

Each of them driven by a memory, their fates will soon entwine amid the blackness of Paragon...

An award-winning writer of speculative fiction, Michael G. Munz enjoyswriting tales that combine the futuristic or fantastic with the modernworld and human themes. His driving desire is to craft entertainingstories that give to others the same pleasure that other writers havegiven to him. Among his sci-fi influences are the writings of DanSimmons, Frank Herbert, and Douglas Adams. Michael dwells in Seattlewhere he continues his quest to write the most entertaining novel knownto humankind and find a really fantastic clam linguini.