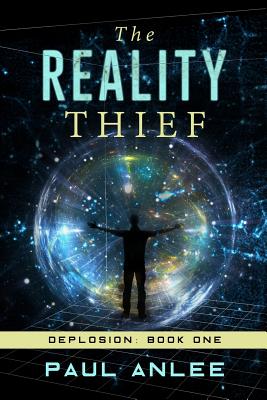 This is book number 1 in the Deplosion series.

Rule the Chaos, rule the Universe. Already controversial Dr. Darian Leigh has outdone himself this time with a magnanimous gift to humanity: a device that can create whole new universes and alter the laws of physics. The theory alone sets the worlds of science, religion, and politics ablaze. Now, if only he could get it working. Little does he know, it already does. Lines between good and evil get blurry when a misguided lab associate and the scheming leader of an influential church join forces to harness the power for the glory of God. What--or who--are they willing to sacrifice to possess the machine? Mired in secrets, betrayal, good intentions, and murder, the struggle to control it will rage for eons.