The Third Note: The Secrets of Selkie Moon (Paperback) 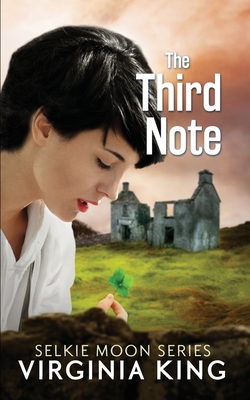 By Virginia King
Please email or call us for pricing on this book.

A mysterious parcel. An unsolved crime. A spell from beyond the grave.

After returning from her last strange quest, Selkie Moon is more than ready to settle down. So when she receives a parcel from her great grandmother 35 years after her death, opening it seems like such a bad idea.

But curiosity wins and the objects it contains plunge Selkie into long-buried family secrets. Suddenly an old mystery begins to echo with the present and she's wrapped in a spell that won't let go: frightening visions, deadly encounters and a pull from the past that she can't ignore. What happened down by the old stone well in 1896 - and why does it matter to Selkie after more than a hundred years? Armed with only her wits and psychic twinges that are hardly reliable, Selkie is drawn into a web of cryptic clues that delve deep into the folklore of Ireland where superstition still weaves a powerful - and fatal - spell.

If you love stories with lightning pace, twists and turns you never see coming, quirky clues and a sprinkling of the supernatural, then you'll love The Third Note.

Join Selkie Moon on a quest that will threaten not only her sanity, but her life.