The Spear: A Novel of the Crucifixion (Paperback) 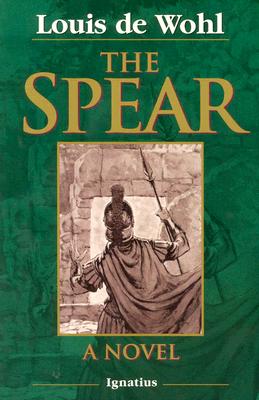 This panoramic novel of the last days of Christ ranges from the palaces of imperial Rome to the strife-torn hills of Judea-where the conflict of love and betrayal, revenge and redemption, reaches a mighty climax in the drama of the Crucifixion. For this is the full story of the world's most dramatic execution, as it affected one of its least-known participants-the man who hurled his spear into Christ on the Cross.

Among his many successful historical novels, Louis de Wohl considered The Spear the magnum opus of his literary career.

Louis de Wohl was a highly acclaimed novelist who wrote numerous best selling historical novels on lives of the saints, many being made into films. Sixteen of his books were made into films. Pope John XXIII conferred on him the title of Knight Commander of the Order of St. Gregory the Great.His works include Lay Siege to Heaven, Set All Afire, Citadel of God, The Spear, Joyful Beggar, The Quiet Light,and more.