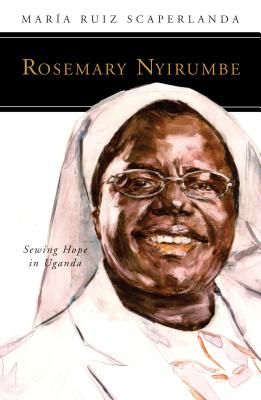 Sister Rosemary Nyirumbe's 62 years of life provide a powerful testament to God's presence, love, and hope amidst unimaginable violence. Throughout these many years, her native Uganda and southern Sudan (now South Sudan) have suffered the devastating effects of war and military clashes. Children, as the most vulnerable population, have suffered the most--being orphaned, kidnapped, forced to become child soldiers and sex-slaves. In Rosemary Nyirumbe: Sewing Hope in Uganda, Mar a Ruiz Scaperlanda brings to light Sister Rosemary's vocation of loving presence to these youth in the midst of this cultural and societal obliteration.

As a Sister of the Sacred Heart of Jesus for over 45 years, Sister Rosemary, even at great risk to herself, continues to minister to children enduring the violence around them, teaching practical skills, while helping them to heal, forgive, and hope. Her work taking in girls escaping captivity by Joseph Kony and his Lord's Resistance Army (LRA) has earned her international recognition. She has been named one of TIME magazine's "100 Most Influential People in the World," is the subject of the book Sewing Hope, and an award-winning documentary by the same name narrated by Academy Award winning actor Forest Whitaker. She received the United Nations Women's Impact Award and has been named a CNN Hero.